The 3 Best Jacksonville Bars to Watch the Game 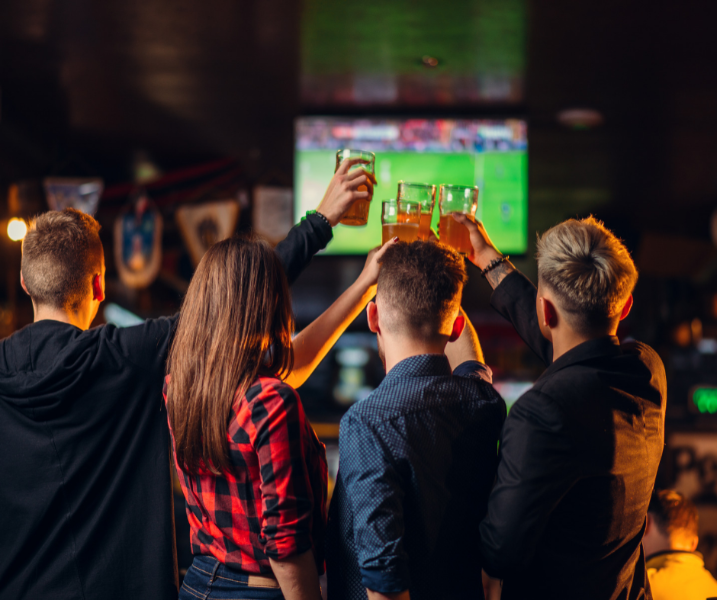 Walk down any Jacksonville street and you can almost feel the football in the air.

Jacksonville is a football town.

The NFL’s Jacksonville Jaguars compete in the league’s South division. Their home stadium is the TIAA Bank Field in downtown Jacksonville.  But pro-football dates back to the 1920s in this beachside town. The first recorded connection to pro football occurred in 1926 when the Chicago Bears took on the Jacksonville All-Stars, a group of local players. Through the decades the city’s football team went by several names from the Jacksonville Sharks in the 1970s to the Jacksonville Bulls through the 80s.

The Jacksonville Jaguar team was established in 1995.

It’s no wonder the city comes alive during football season. This year, the Jaguars season opener will take place on September 8 when they take on the Kansas City Chiefs.

But you don’t have to have tickets to the game to get in on the action.

The Gameday Tailgate Experience takes the time honored tradition of tailgating to another level. This massive event is from 9 a.m. to 1 p.m. on game day at the Tailgater’s Parking Lot. A ticket gets you admission, unlimited food, four open bars, and live entertainment.

After you’ve tailgated head over to one of Jacksonville’s sports bars to catch the game.

Looking for somewhere to stay for the game?  There are plenty of options in Jacksonville, including a special offer at the Hampton Inn Jacksonville/Ponte Vedra Beach-Mayo Clinic Area.

Here are a few of our favorites:

Football, beer buckets, and beer pong. Need we say more? This cool concept bar incorporates games, food and sports for maximum enjoyment. The space is huge – 13,000 square feet to be exact – and filled with ping pong table, multiple televisions and a huge bar.

Think one part mom’s kitchen, one part sports bar and you’ve got Jerry’s Sports Grille. This place has served as a go-to for grub and the game since the 1980s.  Conch fritters, meatball subs and smoked wings are among the menu favorites. The wooden bar stools and multiple televisions playing the big games on Sunday keep this place a favorite among regulars and newcomers alike.

If you want a place you can really get into the game, then Hoptinger is the place for you. It’s a biergarten with more than 60 craft beers on tap is a great place to catch the game while enjoying a creative selection of sausage dogs and other Bavarian-inspired gastropub-food. They have two locations in town, one near the beaches and another 5 points.

While in downtown for a tailgate, around the corner you can find one of the most unique bars in Jacksonville. Kickbacks Gastropub is home to 1000 different bottled beers and has 204 beers on tap. It literally has a drink for everyone, so continue your tailgate party at this large pub that also features an expansive food menu.