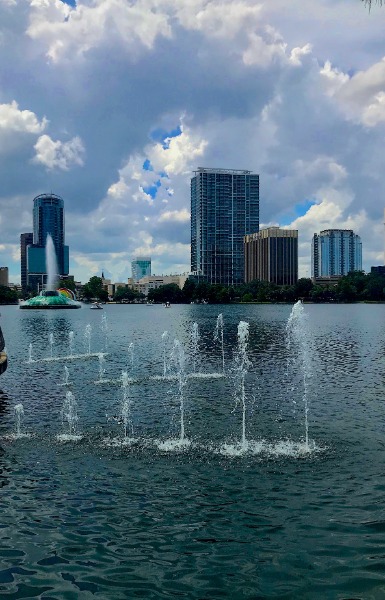 While visions of the Mickey Mouse might come to mind when you think of Orlando, there’s so much more to this central Florida city than theme parks and souvenir shops.

Among other highlights is downtown Orlando. This historic, business core of Orlando is home to some of the most charming neighborhoods and commercial hubs including Thornton Park, Lake Eola Heights, and the Lake Cherokee Historic District.

It’s a great destination for those looking to get away from the congested theme park areas and get up close and personal with the day to day life in Orlando.

3 Great Ways to See It Include:

Who knew Orlando had a ghostly-side? Explore the city’s spooky side during the American Ghost Adventures tour in downtown Orlando. The interactive tour includes stories of spirits, city secrets, and unsolved mysteries. Voted one of the top 10 ghost tours in the world, grab your comfortable shoes and go on this two-hour tour. The after dark tour is ghost-hunter style, and involves going inside buildings and investigating with paranormal equipment. Reservations are required. For more information visit americanghostadventures.com.

There are several ways to tour downtown Orlando by bike. You can rent a bike from one of the bike share programs in Downtown Orlando. Or get a bike delivered to your location. Once your bike is secured, you can choose from some popular tours to do on your own. The Urban Bike Trail takes you through downtown Orlando’s Loch Haven Park, where you’ll see “The Mayor,” an Oak Tree as old as the Constitution, and zip by the city’s art district where the Orlando Museum of Art and Mennello Museum of American Art are located.  Or you can enjoy the hipster vibes of Thornton Park, where you can peddle along the charming streets of small bungalows, eateries, and bars.

Take in the sights of Downtown Orlando by boat – a swan shaped boat to be exact. The city rents out the swan shaped paddle boats Saturday through Wednesday. Go around the lake at your own pace. Lake Eola Park is in the heart of downtown, and has a beautiful fountain in the middle. The paddle boat provides great rows of the city’s skyline and the surrounding park. If you’re lucky you can paddle out to the middle of the lake and take in a concert at the Walt Disney Amphitheater located in the park. Go here to make a reservation.


Stay with us in Downtown Orlando here.
Return