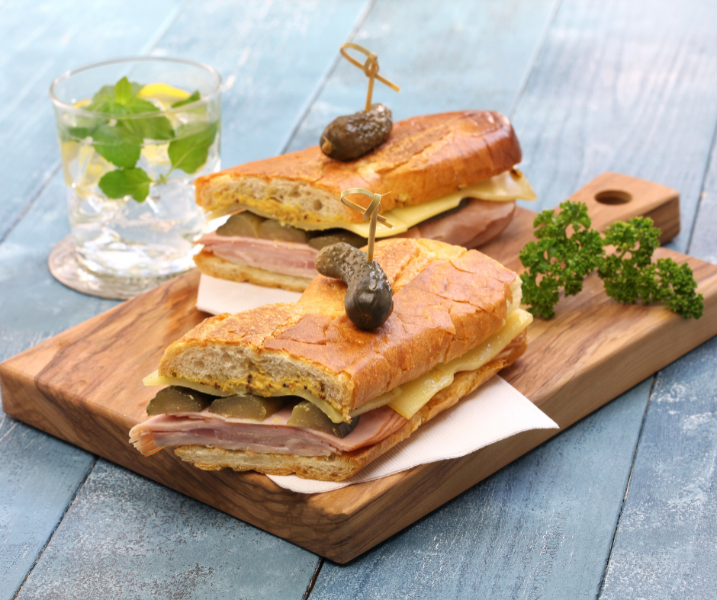 When it comes to handheld eats, most cities have their favorites. In Chicago it’s hot dogs. Philly’s got cheesesteaks. And In New York it’s a slice.

While Tampa may be known as Cigar City, the Cuban sandwich is a deli delight that has been pleasing tourist and locals for decades.

The history of the sandwich goes like this: the sandwich was created in the late 1880s by Cuban exiles and cigar workers. It was originally called the Mixto – consisting of ham, roast pork, swiss cheese and mustard, according to Ybor City online. (The salami found in many modern day Cuban sandwiches is attributed to the Italian immigrants who later began working in the cigar factories).

You can find Cuban sandwiches at restaurants, gas stations and roadside eateries throughout the region. Here are some of our favorites:

Columbia Restaurant
2025 E. 7th Ave. Tampa, FL 33605
It’s no surprise that one of Tampa’s best Cuban sandwiches would come from one of Ybor’s original restaurants. The original Columbia restaurant is located in the heart of Ybor and is the oldest continuously operated restaurant in Florida. Their Cuban sandwich recipe is no secret. In fact, it’s listed on the restaurant’s website. Their secret is the bread. They only use freshly baked Cuban bread from Ybor’s La Segunda Central Bakery.

Norma’s Cuban Sandwich Shop Plant City
120 N. Collins, Plant City, FL 33566
For decades, Norma’s Ybor City Cuban Shop had been a destination for lunch goers looking for an authentic Cuban sandwich. When the shop closed in early 2017 it left a big void. Luckily the sandwich shop re-opened months later under new ownership in the heart of Plant City’s historic district.  And it didn’t skip a beat serving up succulent sandwiches. You can get the traditional Cuban sandwich with roasted pork, or the Norma’s Cuban with deli pork.

Brocato’s Sandwich Shop
5021 E Columbus Dr, Tampa, FL 33619
Since it opened its doors in 1948, Brocato’s has been a go-to destination for authentic Cuban sandwiches. Brocato’s makes an extra stuffed version of the sandwich.  They come in four sizes: 6-inch, 9-inch, 12-inch and Joe’s Special the 15-inch. All are packed with succulent roast pork. But get there early. The line is often wrapped around the outside of this no-frills sandwich shop.

West Tampa Sandwich Shop
3904 N Armenia Ave, Tampa, FL 33607
Ambiance isn’t what people go to West Tampa Sandwich Shop for. There are a few tables scattered inside and an old school lunch counter if you prefer to sit there. The walls are covered with decades of diner photos, including one of President Barack Obama. He ate at the sandwich shop in 2012.  Grab a Honey Cuban sandwich if you’re in the mood for a mix of slightly sweet bread and salty meat. Or opt for the traditional.


Stay with us in the Tampa-area:
Return