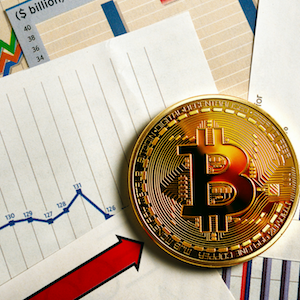 By now you’ve probably heard of cryptocurrency. Either from talking news heads or your computer savvy neighbor. Or perhaps you’ve even purchased a coin or two during crypto boom of 2018.

The crypto market is said to be worth almost $300 billion. In recent years, cryptocurrency or digital cash has gone from a mysterious web-based hobby to a real form of payment. Big names like Microsoft and Overstock now accept cryptocurrency.

So just what is it?

Simply put it’s a type of currency that takes out the middle man like government or banking regulations. Cryptocurrency came on the scene in 2009 by inventor Satoshi Nakamoto. The idea was to provide a peer-to-peer online payment system without traditional regulation.

The system keeps track of who owns which coins, and if they’ve been sold or spent. You have to prove ownership of coins through a vigorous verification protocol. The coins validity is recorded in “blocks chains,” which serve as a digital ledger.

Since Bitcoin, hundreds of more cryptocurrencies have emerged.

Advocates say cryptocurrency has the potential to serve as a solution to volatile international economies and fluctuating currency rates. Its detractors say it’s unstable and that once government inevitably gets involved it will lose value rapidly.

The debate hasn’t stopped consumers from purchasing and using crypto - and that includes the hotel industry.

So what should hotel owners know about cryptocurrency?

Start with the Basics

Know the most popular coins, their value, and how they’re being traded. For now that remains Bitcoin, Ethereum, and Litecoin.

Familiarize yourself with new trends like Zeex, which allows people to use Crypto to purchase gift cards to just about anywhere, including Starbucks and some airlines.

Many hotel payment service providers may not currently accept cryptocurrency. But that doesn’t mean there aren’t work arounds. And in some cases it may be cost effective.

While many credit card companies charge at least 3 percent for processing, applications like BitPay only charge 1 percent. Other applications that facilitate crypto payments include Coinbase and CoinGate.

Being an early adopter of crypto may not only increase revenue, but it may garner publicity which can also help your bottom line.

As we’ve already seen cryptocurrency can be unstable. Big crypto booms in early 2018 quickly normalized. And as governments around the world grapple with how to handle cryptocurrency, there are unforeseen regulations that could derail its growth.

When it comes to hotel owners, the key is knowing how much risk you’re willing to take to stay ahead of the blockchain game.