Florida's Best St. Patrick's Day Celebrations: Where to Go, What to Do, Where to Stay 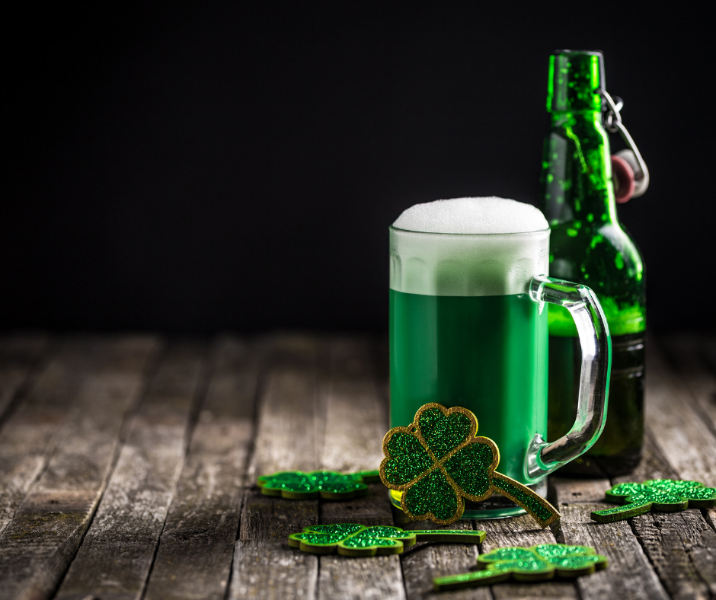 Each year, Irish culture is celebrated everywhere with parades, the color green and pub revelry. St. Patrick’s Day is March 17. But starting in early March, and through the month celebrations will take place across the globe.

The holiday has a special place in the U.S., where Irish is the second most common ancestry among Americans, according to the Census.

And while many point to Boston and New York as Irish cultural meccas, Florida has its own significance.

Besides the history, March is a great time to get outside in Florida and celebrate St. Patrick’s Day. Here are some of Florida’s best celebrations:


When: March 9-10 at Francis Field on Castillo Drive.

Find the Celt in you in America’s oldest city. St. Augustine’s Celtic Music and Heritage Festival happens annually in the city’s historic district. The celebration is fitting for St. Augustine, where it’s said that Spanish Celts landed in 1565. The two-day fest includes traditional Highland Games, vendors, music and a whiskey tasting. The St. Patrick’s Day Parade in downtown St. Augustine serves as the opening ceremony for the festival giving the community chance to cheer on law enforcement, and community and city officials. St. Augustine’s downtown becomes the hottest ticket in town during March. Turn the festival into a weekend getaway by booking a room at the Jacksonville Airport's Fairfield Inn and Suites.

What better way to celebrate all things Irish then watching the Hillsborough River go from murky brown to emerald green. That’s exactly what happens during the Mayor’s River O’Green Fest. Taking place at the center of downtown in the picturesque waterfront Curtis Hixon Park, the free-annual event serves as the city’s St. Patrick’s Day celebration. The all day event kicks off with a 2-mile run/walk, followed by the green river watching, followed up with a scavenger hunt and festival full of games, live music, vendors and food. The event began in 2012 by Tampa’s Mayor Bob Buckhorn. It takes 250-pounds of bio-degradable green dye to change the river’s color. The dye is safe and a little-known fact is it’s used in eye surgery to trace blood vessels. The festival brings thousands to Tampa to see the event. Escape the hubbub after the fest and stay at the nearby Hampton Inn Plant City, less than 30-minutes from downtown Tampa.

One of Ft. Myer’s most festive event is its St. Patrick’s Day Parade. The parade route winds through picturesque Santini Marina Plaza onto Estero Blvd. ending a the Church of Ascension where parade-goers can enjoy live music, food, and games. The city’s River District Alliance sponsors the annual parade as a way to highlight Ft. Myer’s River District. At the center of the city, the district is known for its unique boutiques, art galleries, and restaurants. After the parade head to Main Street where the city will host the annual block party from 6 p.m. to 10 p.m. including a pub crawl and live music. The party is sure to run late. So book at night at the Fairfield Inn and Suites Ft. Myers / Cape Coral and make a weekend out of it.
Return