Florida's Spring Training Baseball Guide: Where to Watch, Where to Stay 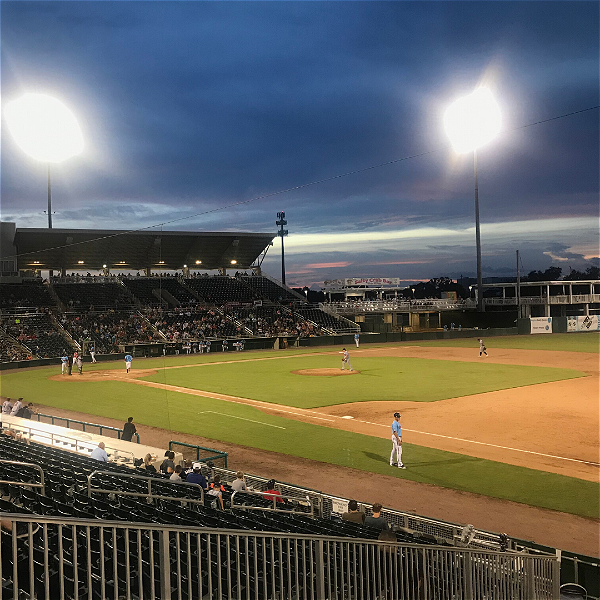 Few things go together like sunshine and baseball. And you’ll find both in droves during Florida’s Spring Training baseball season. More than a dozen Major League Baseball’s teams train in the sunshine state.

Known as the grapefruit league, Spring Training is an age-old tradition that provides sports fans a unique experience, including more affordable tickets, better access to players and the ability to see up and comers. More than 1.4 million people attend the games each year.

Catching a Spring Training game can be a great bookend to a vacation. The teams train in some of Florida’s coolest locations.

Turn the ball game into a family vacation, guys trip or couples getaway at these locations:


Spring Training is a double hitter. Both the Minnesota Twins and Boston Red Sox play in the area. You can catch the Twins at Hammond Stadium at Lee County Sports Complex. While the Sox play at JetBlue Park. Both teams have called Ft. Myers home since the early 1990s. And the fans have never looked back. Both teams enjoy a devoted fan base. Hundreds of baseball fans attend the games every Spring which happens almost daily.

After the game, you can take in the history of the city by visiting the Edison & Ford Winter Estates or take in the sunset at one of Ft. Myer’s Gulf Coast beaches. The shore is less than 30 minutes from each stadium.

Find affordable deals on a hotel stay at The Fairfield Inn & Suites in Ft. Myers.


The Detroit Tigers and the city of Lakeland have a long tradition together. The team has been playing their Spring Training games in the city for more than 80 years, making it the longest relationship between a MLB team and a host city. With that much time in the game, there’s no wonder that Lakeland is a top destination for Spring Training games. The Tigers play at Publix Field at Joker Merchant Stadium. Located just east of Tampa, the city of Lakeland is a worthy destination in its own right.

After the game, head to the historic district known as Munn Park. The area includes quaint restaurants and antique shops. The city is also home to several buildings designed by famed architect Frank Lloyd Wright on the campus of Florida Southern College.

For a great location in downtown Lakeland stay at the historic The Terrace Hotel.


This Spring is a big deal for the New York Mets and Port St. Lucie. Clover Park, where the Mets Spring train, recently opened its doors after more than $50 million in renovations to the stadium. The 7,000 seat stadium renovations include a new entry plaza, team store, new restrooms and concessions, and many other updates. Known for a small, intimate feel, Clover Park has been home to the New York Mets since the 1980s. Port St. Lucie is a central location for catching a game.

The city is only a couple hours from Orlando, but also provides great access to the Atlantic coastline, including Hutchinson Island.

Planning a trip to see the Mets? Find affordable rates for a hotel stay at the Holiday Inn Express & Suites.

Didn’t see your team mentioned above? No worries. This is a list of the other MLB teams that play in Florida: