Pensacola’s Blue Angels: Where to Watch, and Where to Stay 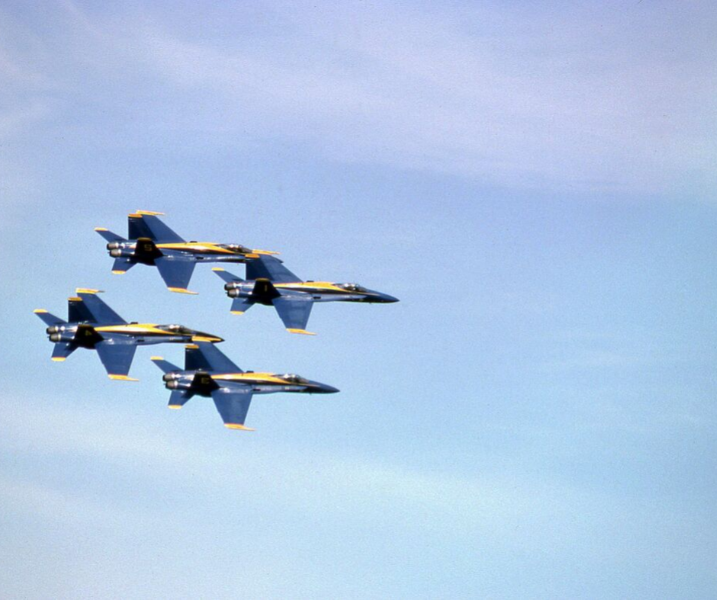 If you have a need for speed and excitement look no further than the Pensacola Blue Angels Air Show.

The angels are the U.S. Navy Flight Demonstration Squadron. Each year the squad performs numerous shows and exhibitions throughout the country. But Pensacola is home to the Blue Angels.

The Blue Angels put on shows throughout the year. But one of the most anticipated is the Blue Angels Homecoming Show. This year it falls on November 8-9 at the Naval Air Station Pensacola. This year’s theme is The Cradle of Naval Aviation. The gates open at 8:00 a.m., with the show beginning at 9:30 a.m. The Angels take the skies around 2 p.m. Admission to the event is free. Bring a blanket and find the best seat on the airfield.

The Blue Angels fly six F/A-18 Hornet aircrafts - blue, of course. Volunteer pilots are selected from the enlisted ranks of the Navy and Marine Corps. The show consists of the high powered airplanes zipping through the air in various formations.

The Angels got their start at the end of World War II as a Navy Flight Exhibition Team in order to raise public interest in naval aviation. The first show took place in Nebraska in 1946. The Blue Angels relocated to Pensacola in the early 1950s.

Known as the Emerald Coast with its glittering beaches and powdery-white sand, Pensacola serves as a great home base for the Blue Angels.

Planning a trip to Pensacola for the Blue Angels Homecoming Show? Stay for the weekend. There’s plenty to do.

The 35th Annual Frank Brown Songwriters Festival falls runs from November 7-17. The much anticipated festival features Grammy-award winning songwriters and up and comers performing along the beach. Take in some history at the Pensacola Lighthouse, built in 1859 at the Naval Air Station. Or simply grab a beach chair and relax along one of Pensacola’s pristine beaches.

Looking for somewhere to stay? Check out the great deals at Fairfield Inn Pensacola, conveniently located on I-10 at 7325 N Davis Highway.